As the nights start to draw in my thoughts turn increasingly to predator fishing, and pike in particular. The sight of a big Esox coming over the draw string of the landing net is a real sight to behold, and one that with a little bit of effort is within the reach of just about anyone.

There is no doubting that deadbaits are hugely effective for catching pike. In fact, I know many seasoned pike anglers who rate ‘deads’ more effective than any other bait for big fish. Certainly, deadbaits are easily to buy and only require storing in the freezer until needed. That said, there are certainly some things that you can do to increase your catches with deadbaits.

I know some anglers who swear by using huge baits weighing a pound or more for big pike, but in my experience not only are these baits unwieldy, they can also lead to a high proportion of dropped runs. To me, the ideal bait size is around six to eight inches, which can either be a whole bait or a section. Baits of this size are easy to rig and cast, and crucially easy for the pike to pick up, meaning an instant strike as soon as you get an indication on the float or drop-off will see the fish cleanly hooked.

Small baits do not necessarily mean small pike, and each year some very big fish get caught on sprats and sandeels, which are hardly even a snack for a big pike. On venues where the pike become preoccupied on small roach then using baits of a similar size can be the only way to get a bite.

Without exception, I always strike as soon as my float or drop-off signals a bite. There is no need to wait with modern rigs and usually the pike will be hooked cleanly 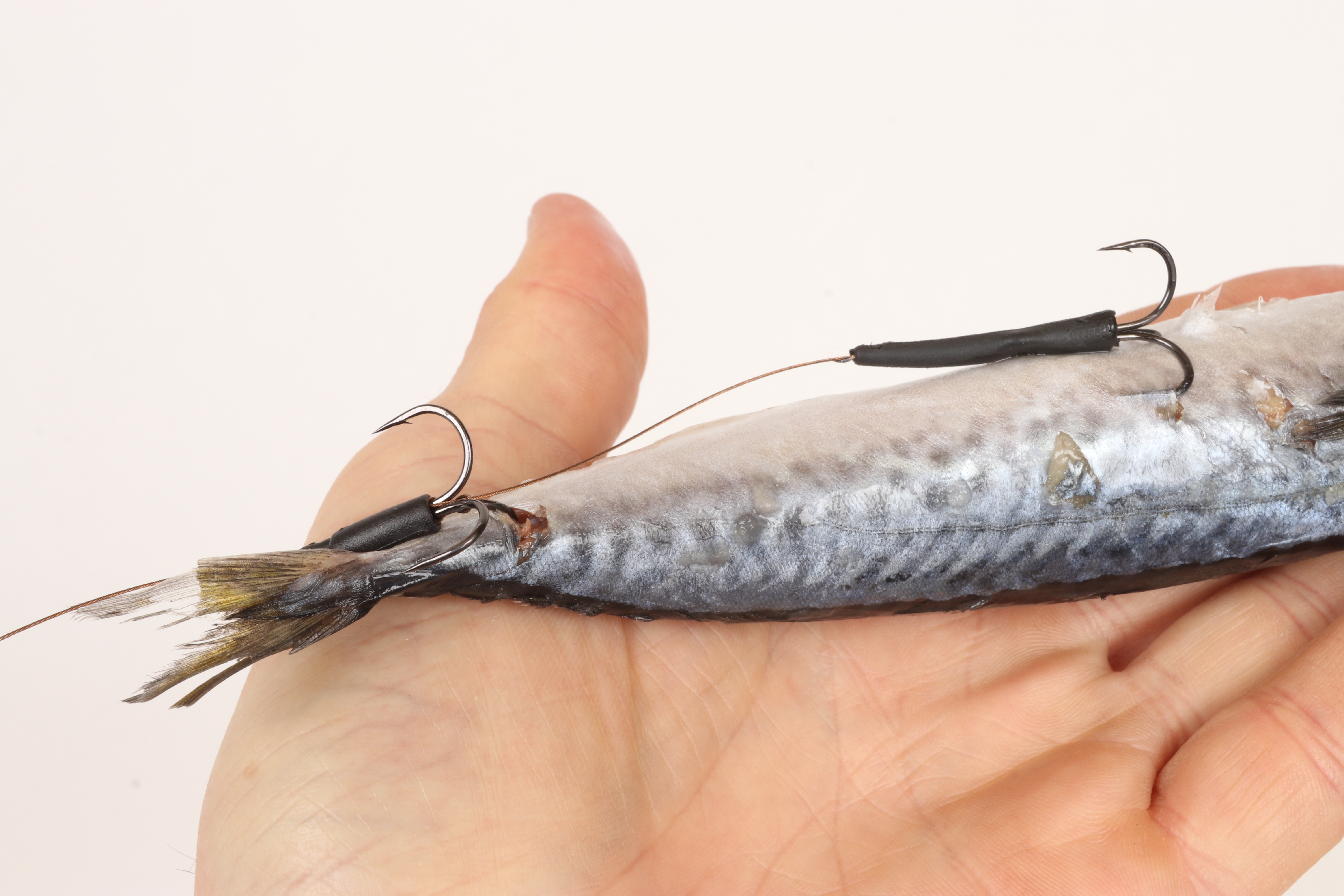 in the scissors. For my normal sized baits I use a standard twin-treble trace with the hooks about four-inches apart. The hook size is matched to the size of the bait to ensure that the hooks stand proud of the flank. I use size 4 hooks for large baits, swapping to size 6’s for baits less than six inches and size 8’s for baits under four inches.

The most important piece of kit that you will carry with you when pike fishing is decent unhooking gear. This includes a pair of 12-inch forceps and hook cutters to remove the points from awkwardly placed hooks.

For most baits fished on the bottom or popped-up I will hook the top treble in the root of the tail, placing the bend of the hook under the back bone. The upper treble has two points in the flank of the bait so the third point stands proud. When using small baits I hook the single treble through the root of the tail.

BAITS FOR EVERY OCCASION

There are loads of different deadbaits that will catch pike, but rather than just choose my favourites, I try to make a decision based upon the venue and the conditions that I am facing. Here are my thoughts on some of the more popular baits around.

SMELT – I am rarely without a few packs of this small estuarine fish, as they will work just about everywhere. An almost white bait they stand out well on the bottom and have a strong cucumber-like smell when fresh. Quite tough, they cast well, and you will get several casts out of them, ideal if you are trotting a river. 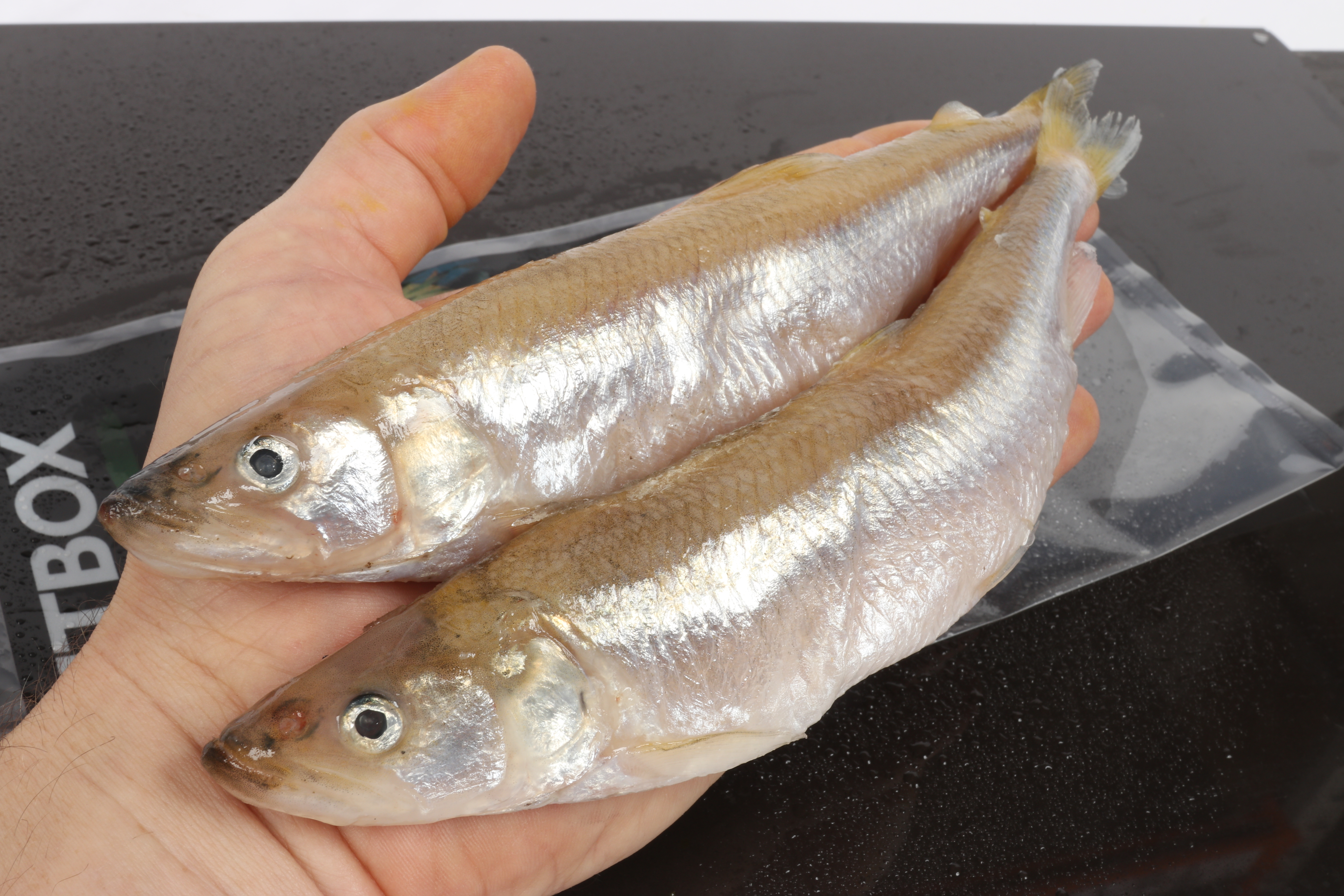 COARSE FISH – It would be difficult to ignore the natural diet of pike in many fisheries, but there is more to coarse fish than that. Roach are a good, naturally buoyant bait, ideal for fishing over weed. Perch are really tough, ideal for regular recasting and paternostering. Skimmer bream are much softer, ideal for both pike and zander.

MACKEREL – Small whole ‘joeys’ about 8-inches in length are my favourite mackerel. I use them whole and find them a tough bait that work well on most venues. They really come into their own when the winter is really upon us and the water temperature are really low.

HERRING – Another very visual bait and one with a high oil content. The compressed body shape doesn’t cast particularly well, but they lay flat over light weed and silt, and are very easy for the pike to pick up off the bottom.

LAMPREY – Going almost unnoticed, many rivers have a large run of lamprey through the autumn months, and so it stands to reason that pike will make use of this high-protein food source. Best used in rivers and natural lakes. I like to leger half a lamprey around 8-inches in length.

SARDINE – A very oily soft bait. Best cast out frozen, you are unlikely to get more than one cast out of each bait before it falls to bits. These fragile baits might be a pain to use, but they can prove very effective on gravel pits where I am sure they send out more of a scent trail than other baits. Best not used on venues with lots of trout, eels, or chub, because these fish will quickly demolish these soft baits.

SPRAT – A small bait compared to most, but don’t let this fool you into thinking it is just a small fish bait. In the autumn in particular, when pike can become preoccupied on small roach and perch, sprats can work wonders when larger baits are ignored. Fish them on a single-hook trace.

POLLAN – A very buoyant white fish imported from Scandinavia. The natural buoyancy makes them ideal for popping-up over weed. I also like to use them in rivers where they will move enticingly in the current. 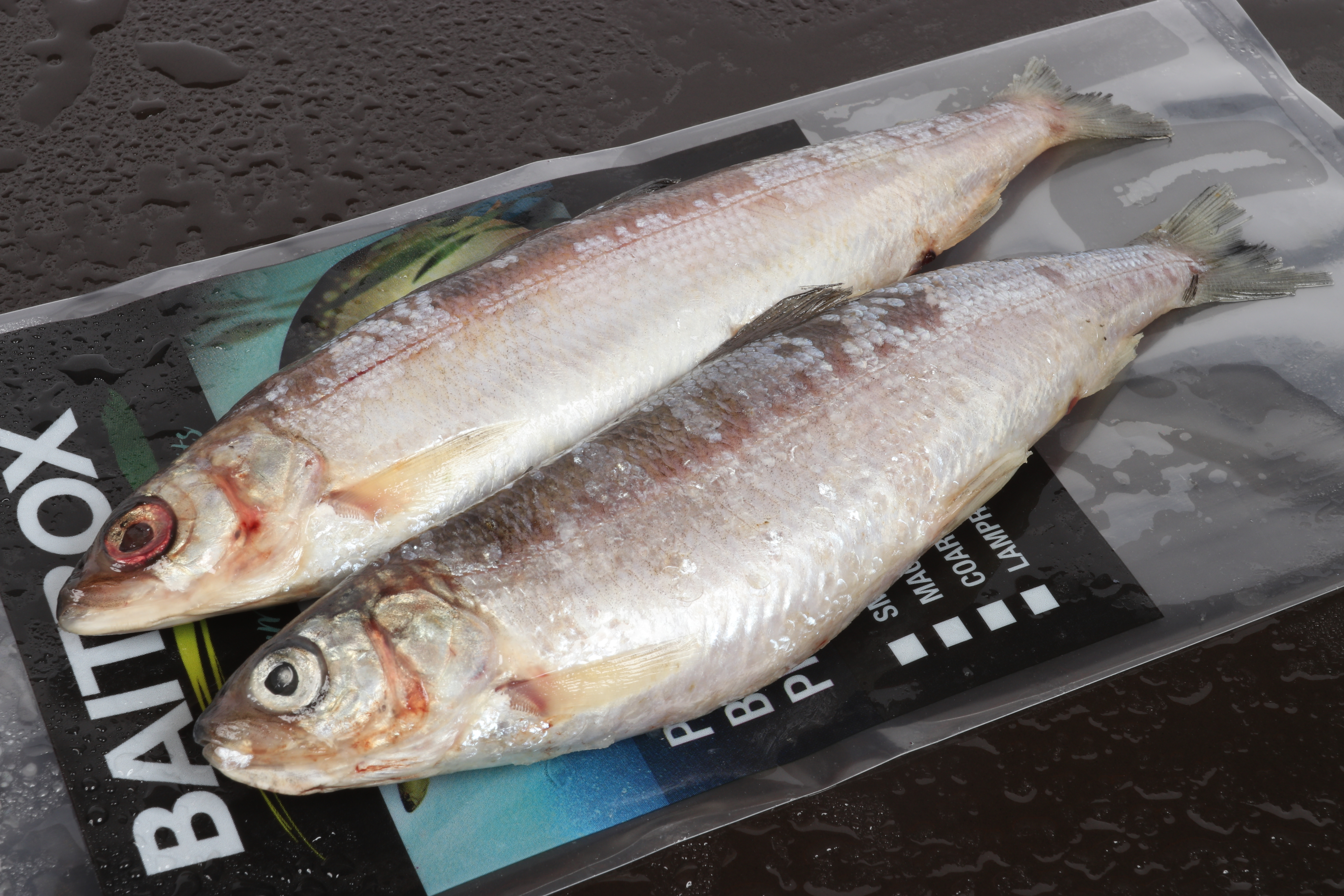 SANDEEL – A very underused bait, pike love sandeels, especially the extra large Launce, which are around 10-inches in length. The ideal bait when you need to cast to the horizon. Because of their shape they can be difficult for pike to pick up, so I always critically balance them with a small piece of rig foam fixed to the trace,

BLUEY – A very oily fish that sinks very slowly. The soft skin means this bait isn’t great when long casting or nuisance fish might rip a bait to shreds, but it has produced some big fish for me. A great alternative on venues where the pike are partial to mackerel. 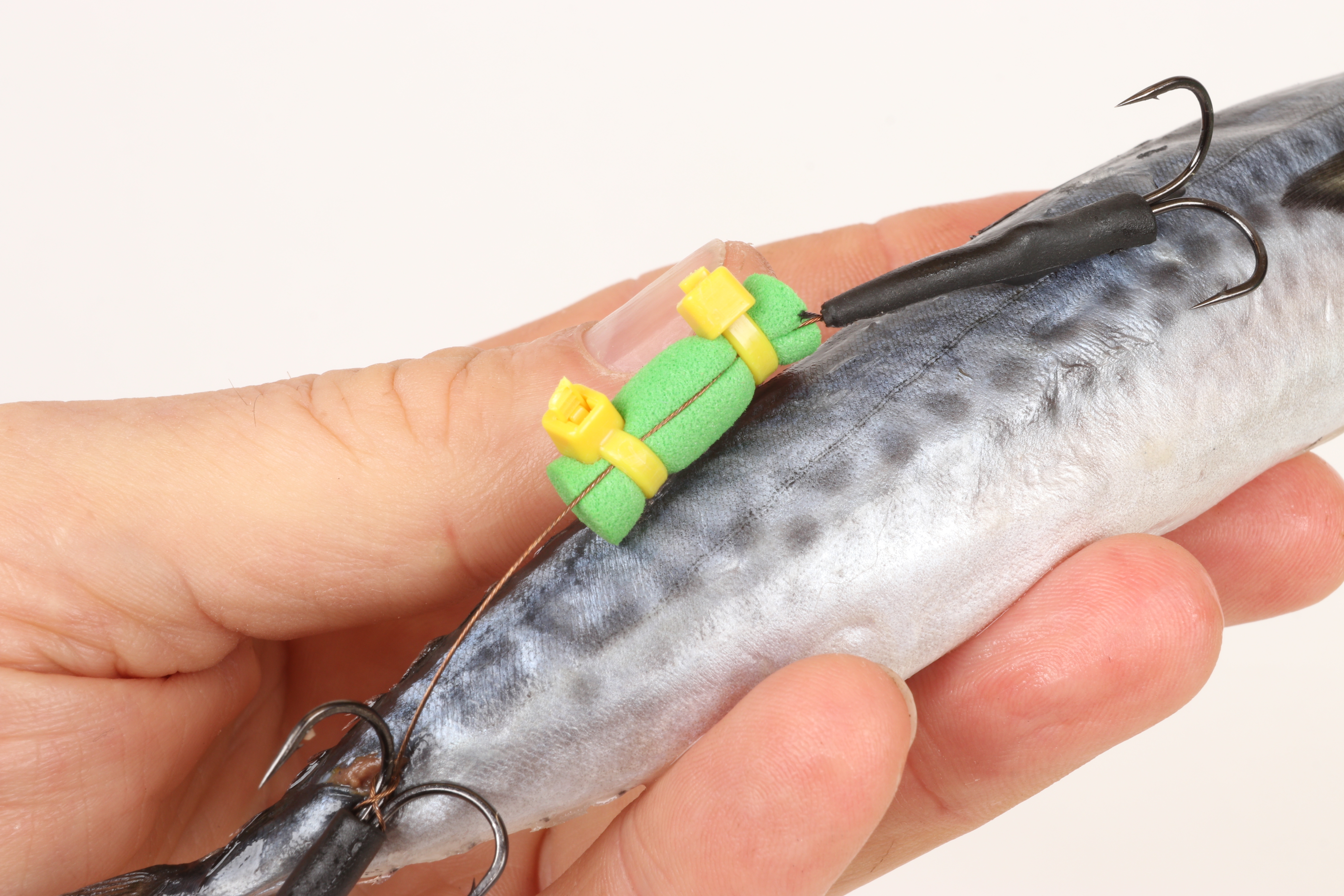