Baitbox/Pikepro owner Paul Bird and angling companions Mark Henry, Tim Burgess and David Hale are just back from two fabulous days sharking with skipper of Atlantic Blue, Andy Truelove out of Dale near Milford Haven in South West Wales. Paul explains” Two years ago I was discussing organising a UK sharking trip with Angling legend and Baitbox consultant Des Taylor who had no hesitation in recommending Andy Truelove. We booked a trip in 2019 that was a huge success and immediately rebooked for 2020. For a long time, we thought Covid would scupper this year’s trip but the lockdown restrictions were lifted 4 days before we were due to sail. The weather gods also smiled on us with moderate westerly winds. The end result was 18 sharks including 8 porbeagles going up to 102lb. 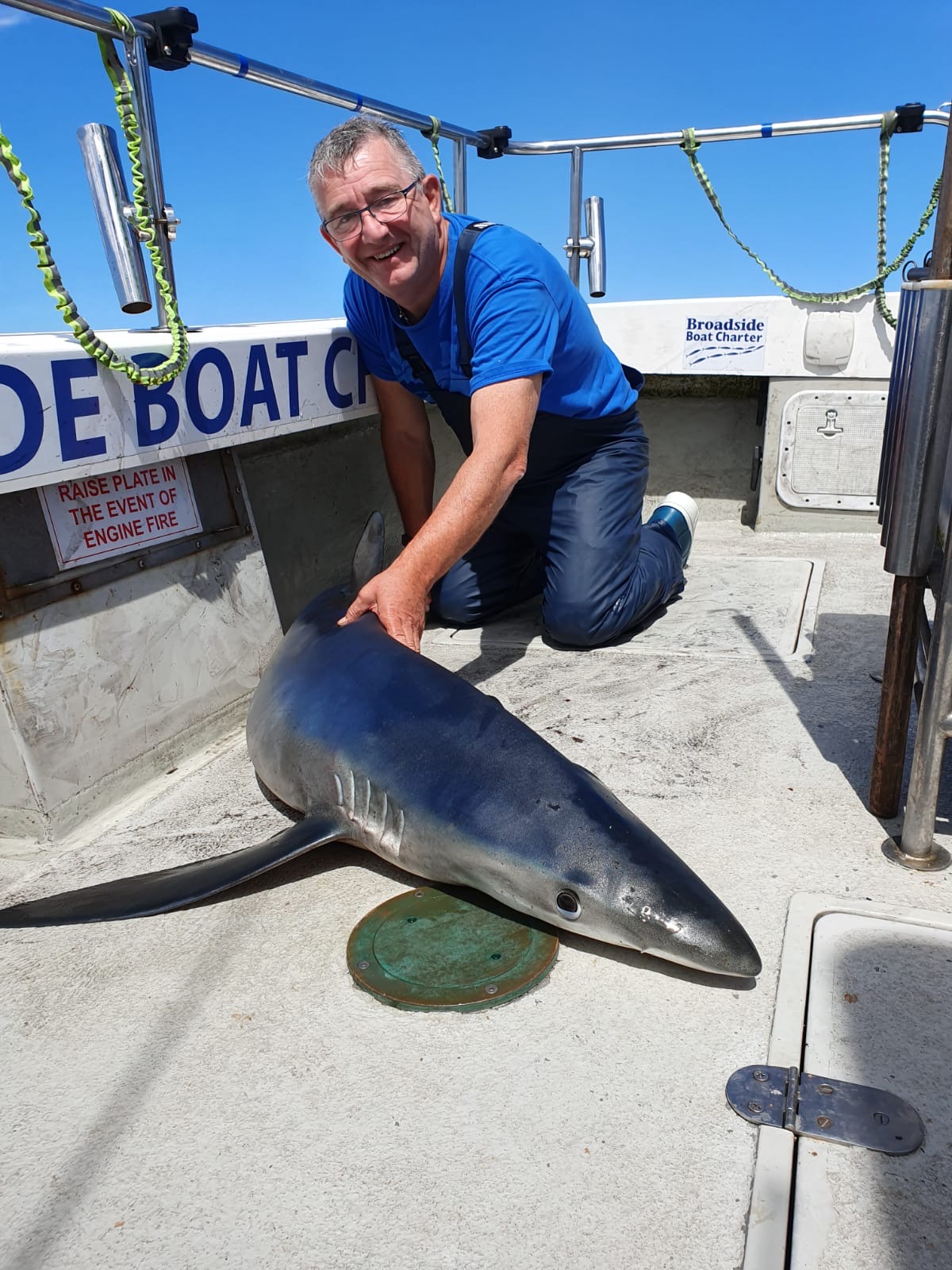 The great thing about Andy is that as well as being a top skipper he is a really nice guy with an easy laid-back manner that makes the whole experience a pleasure. Always busy tending the ruby dubby to create a good slick it was not long before the first sharks came calling and we had blues and porbeagles circling the boat with two takes literally feet away from the boat as we lowered our baits. The two biggest porbeagles of the trip fell to 4 unwashed squid as hook bait. We were quite sceptical when Andy suggested unwashed squid as a stand-alone shark bait last year but after catching as many fish on squid as mackerel we were converts!!!

We fished on the drift 20 miles out in the Celtic Deeps it’s a long 12-hour day but the rewards are well worth the effort.

If anybody wants to book a trip with Andy drop him an email or leave him a text message, he will call you back as most days he is 20 miles offshore catching sharks!!!!! 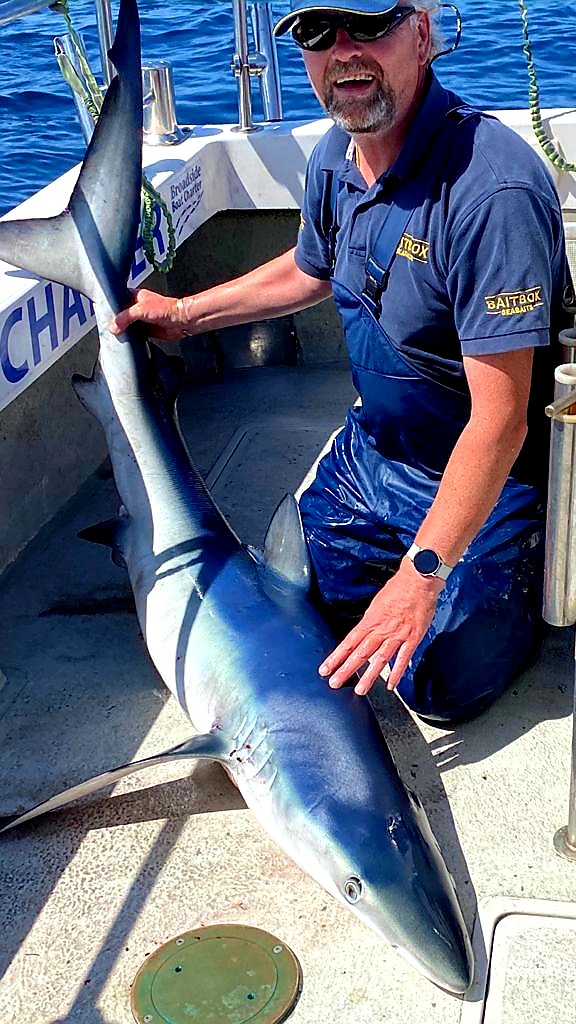